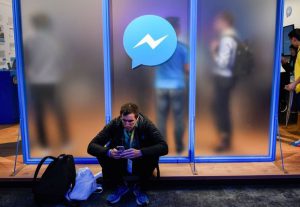 Facebook is using streaming TV to test an ad model that feels a little bit old school. Recently, it’s been targeting ads to people streaming certain shows on their Roku or Apple TV set-top boxes. It customizes commercials based on the Facebook profiles tied to the IP addresses doing the streaming, according to a company spokesman. Facebook is trying out this approach with the A&E network (The Killing, Duck Dynasty) and streaming startup Tubi TV, selecting free test ads for nonprofits or its own products along with a handful of name brands.

This push is part of a broader effort by social media companies to build their revenue with ads on video. Twitter is placing much of its ad-sales hopes on streaming partnerships with sports leagues and other content providers. In October, CFO Anthony Noto told analysts on an earnings call that the ads played during Twitter’s NFL Thursday Night Football streaming exclusives had been especially successful, with many people watching them in their entirety with the sound turned on.

As for its streaming-ad targeting, Facebook has a lot of questions to answer, including how best to track the ads’ effectiveness. For now the company’s priority remains finding ways to help advertisers adapt their strategies for use on its primary site.

Do you think this in an effective way for advertisers to reach their target market?

Identify an ad that you have seen on a streaming service you watch and explain why you think that ad appeared?