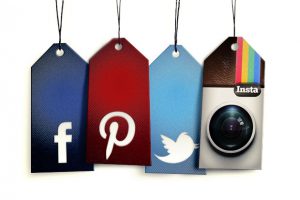 By effectively expanding into the digital world, brands can foster closer relationships with their followers. They also can add extra credibility to marketing at a time when consumers are increasingly turned off by traditional advertising. Where once a brand could use its marketing campaigns to present a consistent message, the meteoric rise of social media has forced companies, especially luxury brands, to reassess how they use, interact and respond to the likes of Instagram and Snapchat.

That includes finding new ways to engage with those brand followers, either through regular digital interactions on popular social media sites or offering online extras, like behind-the-scene looks at fashion shows or photo shoots, to reinforce their ties to a designer or fashion house. Brands also have turned to social media to extend their presence beyond the traditional customer base, partly to reach a new generation of consumers that have grown up online.

Some luxury brands have embraced social media and other digital activities with greater energy than others. Some digitally savvy brands like Burberry have incorporated social media and other online platforms directly into their wider marketing campaigns. These activities, have given companies a greater reach in the online world, associating Burberry’s regular posts on the likes of YouTube and Snapchat with people’s increasing desire to be connected to the next online trend.

Marketing experts say that how a company is viewed online — not just by its primary customers, but also by the wider online population — can have a significant impact on a brand’s overall reputation, particularly with digitally literate young shoppers. This change has been particularly acute for luxury brands such as Louis Vuitton and Chanel. These companies have traditionally fostered an image of exclusivity as part of their marketing strategies, portraying a lifestyle that is often out of reach for most people. In response to the digital free-for-all that is synonymous with the Internet, analysts say many companies have had to expand their brands’ online footprint, often teaming up with social media darlings and other celebrities to present a more populist image.

Instagram, the photo-friendly online platform that has become the social network of choice for luxury brands and their followers, this ability to engage with a wider audience lies at the heart of how companies should use online platforms.

The British label Karen Millen, for instance, has crowdsourced photos from social media as part of its online store, showing how its customers view the brand online. And Coach turned o user-generated images in a recent advertising campaign to highlight its range of footwear, including an interactive map showing where customers had taken their digital photos around the world.

These types of online interactions would happen irrespective of a brand’s participation. But by engaging with both core consumers and the broader digital audience, luxury brands have an opportunity to use the marketing potential offered by social media.

1. Do you see any potential marketing risks to luxury brands increasing use of social media?

2. Identify and describe a luxury brand that is doing an effective job utilizing social media as part of their marketing campaign?