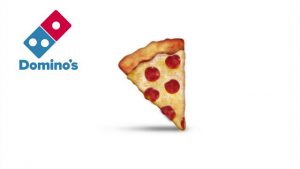 The role of social media in marketing entered a new phase in 2015 when Domino’s began allowing customers to order pizza using Twitter.  The company became the first major restaurant chain to use Twitter as an ongoing way for customers to place and complete an order.  Domino’s customers were able to order a pizza by simply tweeting the pizza emoji to @Dominos.

The move was part of Domino’s marketing strategy for attracting young, busy consumers who are active across social media platforms.  Domino’s marketers received a flurry of free media following the announcement and developed a unique competitive advantage for their products using social media.

For Twitter, it’s an evolution that the online social network is trying to make from a place to chat about or even advertise stuff to a place where folks can buy stuff. Several familiar retailers, including Old Navy and AMC Theaters, have tested selling items on Twitter via “buy now” buttons on tweets.

1.Do you think this will be an effective marketing strategy for Domino’s over the next year?

2.Can you think of another product that should develop a similar feature in Twitter that would be popular with their customers?