HBO and Netflix Marketing to Kids 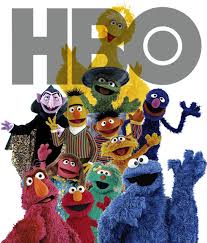 When HBO expanded its internet product offerings, it was only a matter of time before it started getting interested in kids. The deal for rights to premiere the next five seasons of Sesame Street on HBO’s cable channel and streaming services, alongside other Sesame Network content produced exclusively for HBO, shows just how important children’s programming has become to anyone who wants to market to and maintain a massive subscriber base in a marketplace being reshaped by cord-cutting behavior.

Netflix, Amazon, and other streaming services have gained a lot of attention for HBO-style prestige dramas, such as Orange Is the New Black and Transparent. The aggressive moves by these streaming services into kid-focused programming has received far less attention. Nearly a quarter of television content available on Amazon is children’s programming, according to SNL Kagan data from October 2014, and 17 percent of Netflix shows are likewise aimed at kids.

Netflix first started a separate service of children’s programming in 2011, allowing parents to quarantine their kids in a place where they wouldn’t encounter inappropriate material or tilt the service’s recommendation engine toward animated musicals. Netflix in the following year signed a deal that, starting in 2016, will put all of Disney’s first-run movies onto its streaming service after they leave theaters. Next came a pact with DreamWorks Animation to produce 300 hours of new television programs featuring established DreamWorks characters and brand-new franchises.

The battle for kids is about keeping their parents around even when a favorite show is on hiatus. Streaming services are far easier to cancel and resubscribe than cable-TV, so the goal for marketers is to make that decision harder.  HBO didn’t have to worry much about using kids shows to retain customers until the external marketing environment started to change recently. Cable channels are offered as part of larger bundles of channels and within other services, such as broadband and phone service. Getting rid of your HBO just because the latest season of Game of Thrones ended is, to most subscribers, probably more trouble than it’s worth. But appointment viewing keeps people loyal to only a certain extent. It makes more sense to be all things to all people when your subscription service is an easily eliminated line item in the household budget.

Hulu, which unlike Netflix, Amazon, and HBO Now is focused largely on advertising, has also been less active in kids’ shows. The service does include content from Nickelodeon and Cartoon Network and offers a kids-only service that is available solely through its paid tier. But just 3.7 percent of the shows on Hulu are children’s shows, SNL Kagan found in its October survey. Skepticism about advertising has also contributed to the rise of niche subscription services for kids, such as the Sesame Go website that offers a library of videos and games with Sesame Street characters for $4 per month.

1.Do you agree with positioning strategy focused on kids being pursued by Netflix and Amazon?

2.Does an increase in children’s programming represent an example of corporate social responsibility?